The Story So Far! 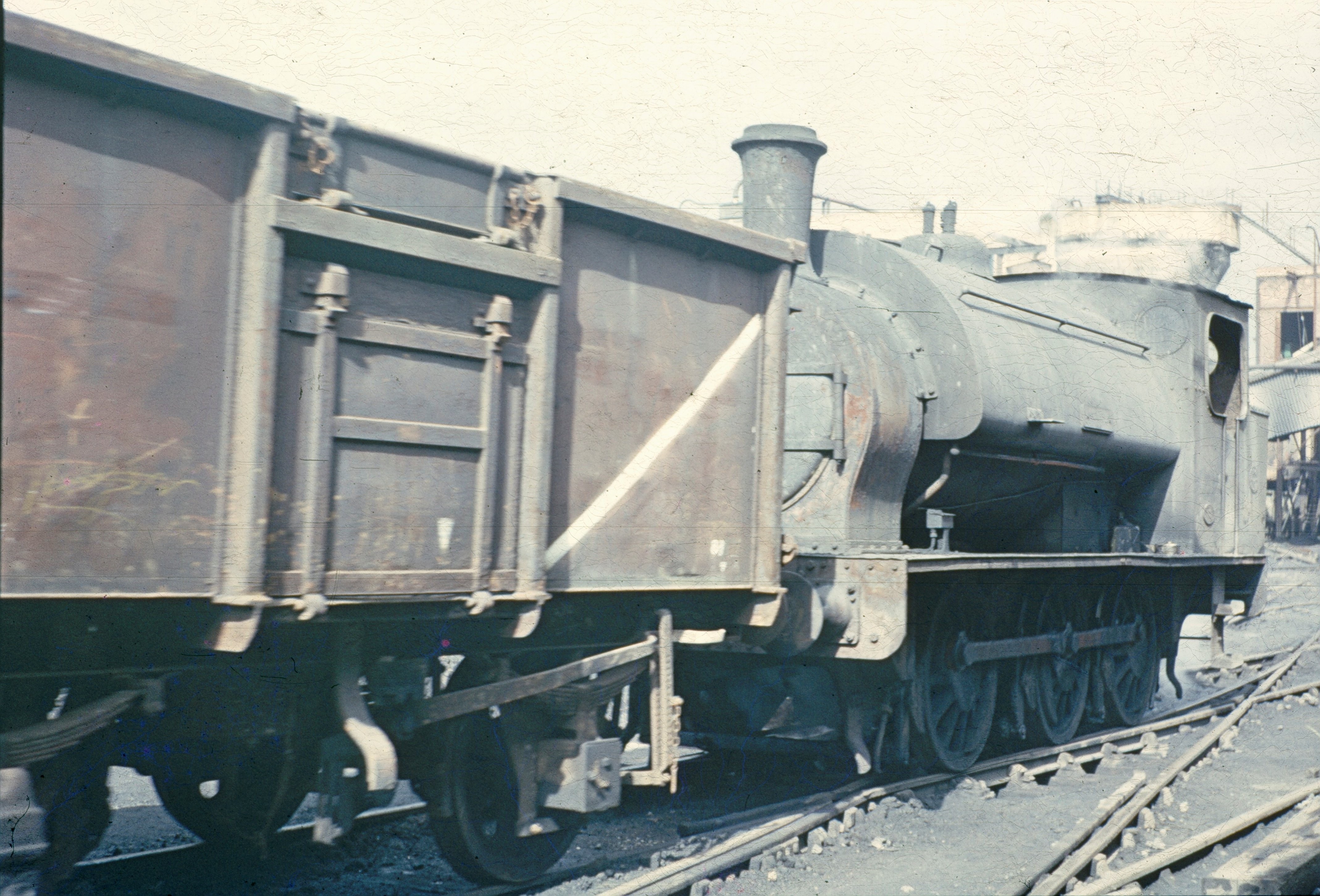 'Newstead' was built by the Hunslet Engine Company in Leeds, to their standard 16-inch design (16 inches being the diameter of the pistons). Just as today a car manufacturer would build cars for the showroom, 'Newstead' was built off the Hunslet production line, 39-tons of ready to run steam locomotive for any buyer. The order for her construction was made on 8/3/1928. She could have been sent anywhere in the world (and some examples still survive overseas) but, after a short time as a 'showroom' engine, was bought by South Kirkby Featherstone & Hemsworth Collieries Ltd. on 19/12/1929. Her work was shunting loaded wagons of coal from the colliery, marshalling them into trains ready for transport across the country to power stations, factories and towns - it was coal that powered the nation. Whilst her sister locos, such as 'Fitzwilliam' and 'Kinsley', were named after local villages, 'Newstead' took her name from a village 50 miles away in Nottinghamshire,and nobody really knows why.

In 1947 all the collieries were nationalised, and 'Newstead' became the property of the country through the National Coal Board. Between November 1954 and October 1955, she was loaned to Frickley Colliery, and moved to Woolley Colliery in the first half of 1965. At that time Woolley was producing 17,000 tons of coal each week - one of the largest collieries in the west Yorkshire area. "Newstead" was one of several shunting engines for moving all this coal until Woolley Colliery closed in 1987, subsequently being demolished in 1993.

As with all other withdrawn engines, 'Newstead' was destined to be cut up and melted down into hatchbacks and bean tins, but one man alone stopped this. A steam enthusiast called Malcolm was determined to save as much as he could from the age of steam. He would often pop into scrapyards to see what he could find and come back with all sorts of 'scrap' metal. In 1972, Malcolm took his wife to a local field in Hertfordshire and announced "we are going to have a steam engine" - pointing to 'Newstead' as she emerged from the hedgerows of the country lanes on the back of a lorry; he had sold a steam roller to raise the capital to save Newstead.

Malcom took good care of his engine, building a shed around her for protection. He saved up for years and, in the 1980s, moved her to Suffolk steam, financing her restoration to working order. In the early 1990s the proud day came when 'Newstead' was steamed, and Malcolm drove his engine on a short length of track. Malcolm was a keen gardener and had rented some land off a monastery, where he created a garden and vegetable plot. He planned a private running line to be built on this, and 'Newstead' was moved to this secret location. To get safely to it, she squeezed between young poplar trees and was winched down a curved ramp of temporary track. Malcolm then built a large shed to protect the engine and brought in track to lay a railway. The poplar trees grew tall, the railway was never built, and 'Newstead' faded into obscurity. Having disappeared, it was presumed she had been scrapped, a fate that still befalls some engines even to this day.


Sadly, Malcom passed away in 2015, and his widow was faced with the difficult task of parting with Malcolm and his great legacy. Through local contacts, a small group from Nene Valley Railway were invited to the convent. After tea and biscuits with one of the sisters at the neighbouring monastery, they were led through the leafy grounds to a small shed. You wouldn't have believed a steam locomotive could be there, but all were amazed to see 'Newstead' hiding under a thin layer of dust, and in otherwise very good condition. Malcom had taken excellent care of Newstead; it was like a mandate to return her to steam again! In April 2016, a sale was agreed to her new owner.

Blocked in by tall poplars, extraction from the monastery grounds took three days, with the lorry getting stuck in the soft, fertile ground that Malcolm had once tended. Aided by local farmers with their tractors, around a hundred yards of track had to be laid before 'Newstead' could be dragged all the way across the mud to her waiting lorry. The discovery and extraction gained much coverage on local news and the national press.

Upon arrival at Wansford, on the Nene Valley Railway, a group of volunteers began dismantling the locomotive for assessment, which would lay out the path for the overhaul. The cab, tank, boiler and all the fittings were removed. The boiler was inspected and thickness tested by an experienced boiler inspector, who described the firebox as "gorgeous - and still with the original Hunslet toolmarks."

The lack of available space in the workshops at Wansford prevented any further work from taking place, so the engine was reassembled and cosmetically tidied, before going on static display in the yard. The search for a new home commenced in late 2017, in the hope of advancing the overhaul within a reasonable timescale.

Over two dozen railways were interested in Newstead, ranging from as far as Scotland, to Devon, and even Ireland. In October 2018, it was a proud moment to watch "Newstead" make her way around the M25 to Tunbridge Wells steam shed at the Spa Valley Railway.

Other large jobs have included turning the tyres - to reduce what was vastly-excessive flange depth - and the addition of vacuum-braking to enable the locomotive to haul passenger trains.

The work was forecast to take approximately four years, of which we are now half way through, but with your help and support, this could be reduced.

If you would like to get involved, or donate towards to overhaul bill, we'd be delighted to hear from you, please click here to send us an email, or call Alex Alder on 07710 750366.

With your help, "The Lost Engine" will soon steam again.